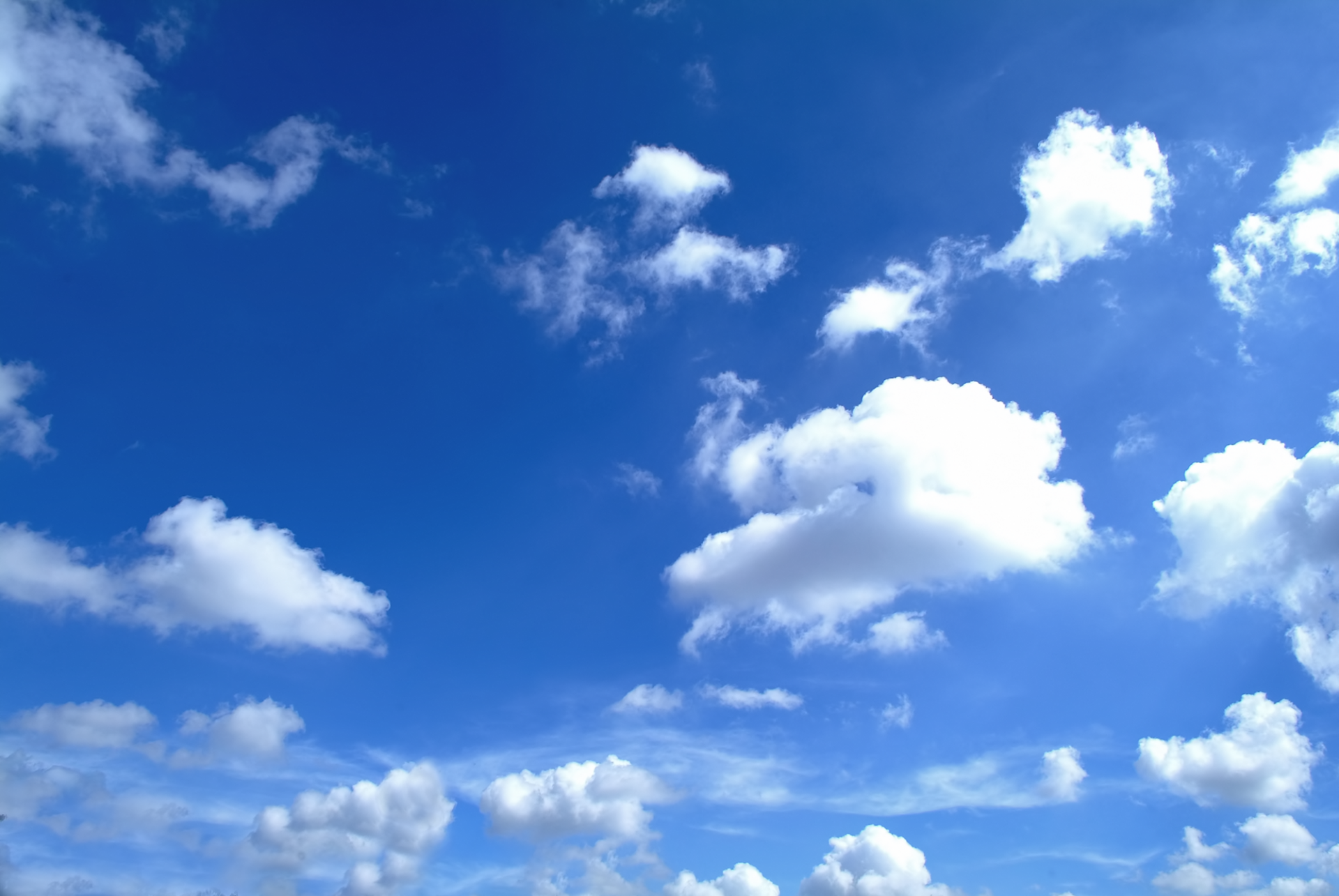 Accommodating differences in mass with a Vicair Vector O2 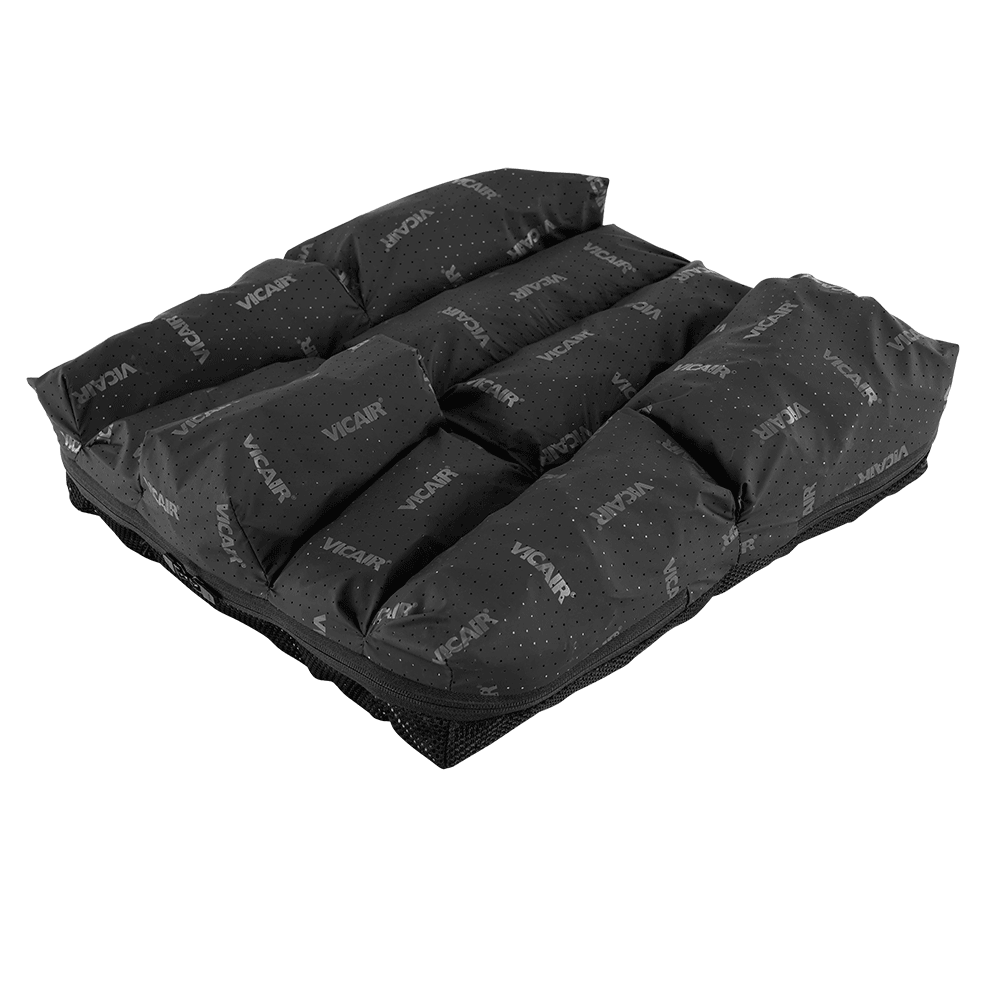 In 1943 mr. R’s parents noticed something was amiss with their young son, at barely 3 years old his right leg started bothering him and after a doctor’s visit they were told their son probably had flatfeet or suffered from short term paralysis in his right leg. As time passed, the problems however only got worse to the point of being unable to walk. His parents pressed for a second opinion from the Sint Maartenskliniek in Nijmegen, the Netherlands, and quickly a relatively rare diagnosis was established: polio. His right leg had been affected and as a consequence had lagged in growth and muscle strength.

Now aged 78, mr. R has a rich medical history with a number of key points that played a primary part in the condition of his health and mobility. Throughout most of his life he made due with orthopaedic shoes and a cane to assist him in walking. In ’99 he broke his right hip after stepping off a ledge, losing his balance and as a consequence falling. It’s very likely that the imbalance and fall were caused by the limitation in his right leg. The head of his hip was broken and via surgery reattached with a metal pin. 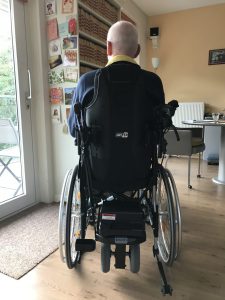 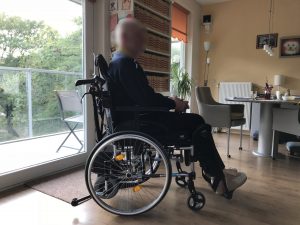 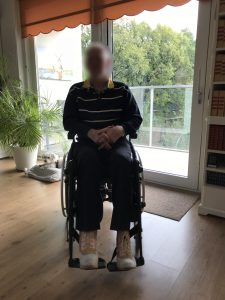 After a long rehabilitation process at several institutions mr. R. ended up seeing one of the country’s experts in post-polio at the Amsterdam Medical Centre (AMC) and was assigned an AFO (Ankle Foot Orthesis). After several measurements and try-outs, he became more mobile again. On the request of the AMC, he participated in a study researching the effects of an AFO for post-polio patients. In mr. R’s individual case a significant increase in the development of muscles was observed. For the study, he went through a general health check which he passed with flying colours apart from a minor deviation in his bladder which could be fixed. As doctors examined further, they found something else and in 2011 mr. R. was diagnosed with prostate cancer. Signalling the beginning of a further deterioration of his health and quality of life.

Even though mr. R has now officially been declared cured of cancer, it greatly affected his physical wellbeing. Radiotherapy affected his intestines and as a result he is now dependant on catheterisation and flushing his intestines. Due to the illness he also lost a significant amount of muscle strength and is now since two years dependent on his wheelchair for most of his daily activities. 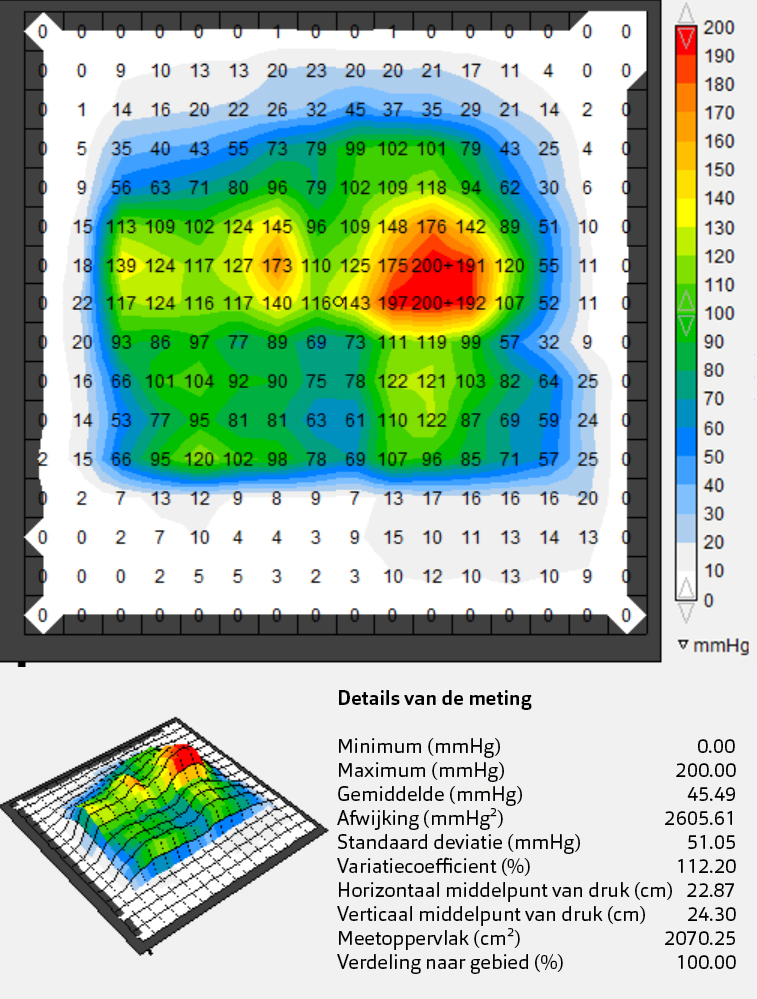 This case report focuses on the importance of proper positioning and creating stability when there
needs to be dealt with a difference in body mass in the seating surface, even pressure distribution is also of importance to safeguard skin integrity in an asymmetric position. Polio affected mr. R’s right leg which can both be observed in the difference in length and muscle mass. There’s a 4cm difference in circumference between the right and the left leg just above the knee. Due to this difference in muscle mass, mr. R is always positioned slightly crooked.

In his current set up he also feels that he slides forward in his chair, indicating unstable positioning. In addition he indicates being uncomfortable and not being able to sit in his chair all day and feels fatigued. The crooked position is confirmed when we conduct a pressure mapping measurement. As can be seen in figure 4 there’s a clear difference in pressure between the two sides. More pressure on his left leg could possibly also be the cause of the discomfort that he describes.

Mr. R. showed us two cushions, one that was a standard cushion delivered with the wheelchair that has never really been used. This to the fact that this was never prescribed as a flat cushion could never support the asymmetry in his body. In response to this demand mr. R received an Jay Easy Visco to better fit his needs for a contoured cushion. The pressure map displayed in figure 1 shows the situation when mr. R was seated on the Jay Easy Visco, hence his problem was not solved with this contoured cushion.

Implementing Vicair into the seating system

The difference in mass along his right leg creates an asymmetry in his seating position. In a case with asymmetry you could normally expect to make use of the Vicair Adjuster O2. However, in this case the choice fell upon the Vicair Vector O2 for precision positioning and accommodating the difference in mass along the entire leg rather than just supporting the asymmetry it causes in the hip area. The extra compartments in the Vector O2 allow for precision positioning along the entire leg. The front compartments in the Vector O2 would also support his legs, improving leg alignment and stability of his legs whilst seated.

First mr. R’s position was assessed in an unadjusted Vicair Vector O2. This in order to make a proper judgement of where adjustments needed to be made. The assessment showed that, as expected, some adjustments needed to be made. The images below show the differences in pressure between the Vicair Vector O2 in its standard configuration and the adjusted version. 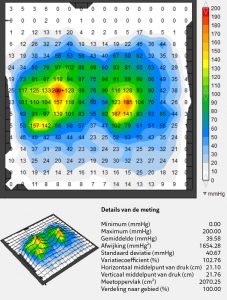 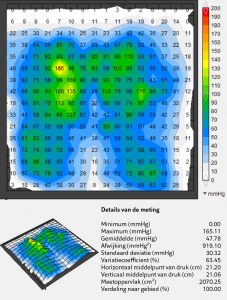 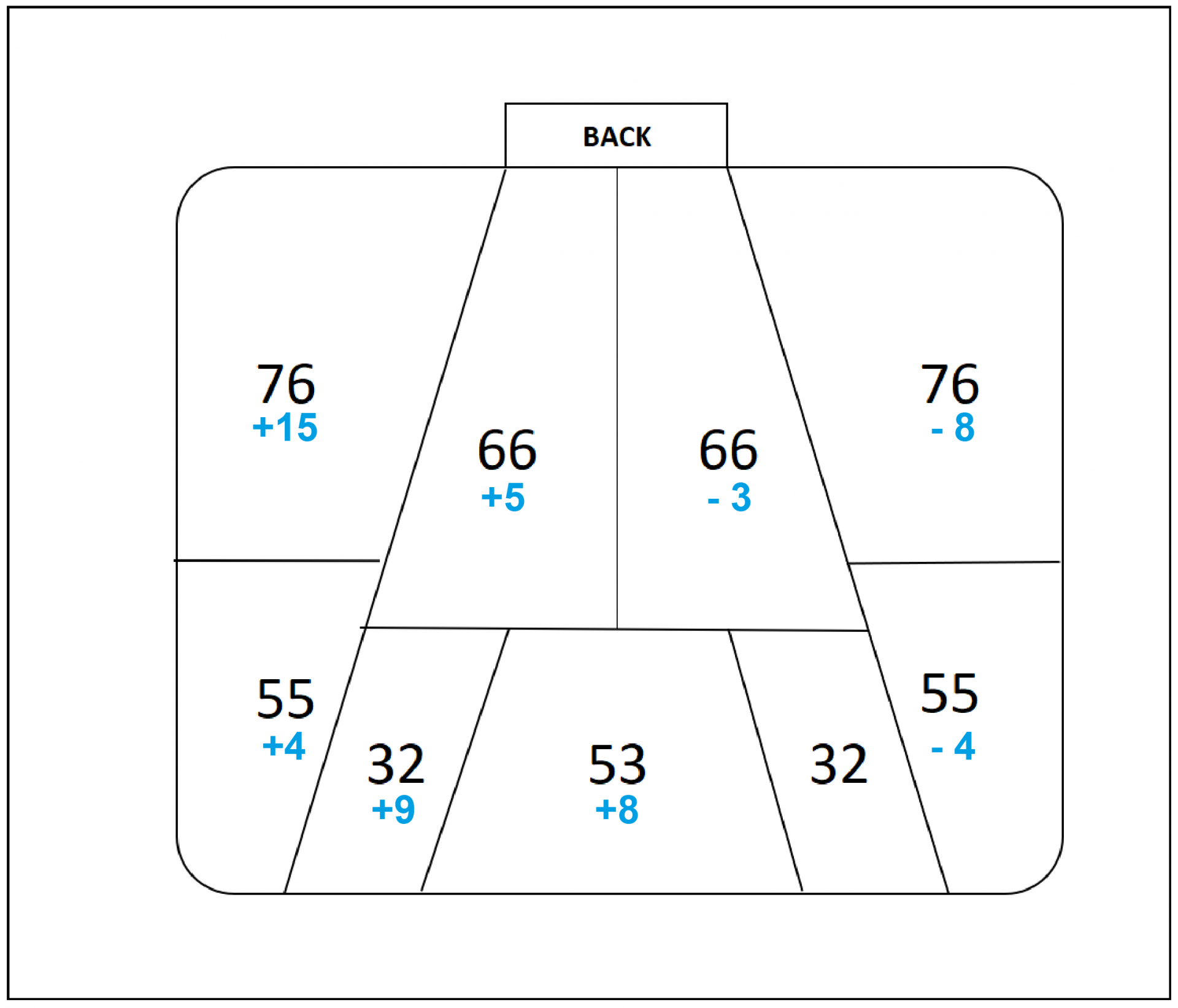 The pressure maps show that the pressure has been significantly been decreased. The unadjusted Vector O2 was already an improvement in comparison to the Jay Easy Visco. The adjusted VectorO2, however, shows even more pressure improvement and we can now also see the leg support the cushion provides represented on the pressure map. Cells were added on the right side of the cushion to accommodate for the missing mass and a number of cells were taken out on the left where the normal leg is positioned. Figure 4 shows the adjust filling grade of mr. R’s Vector O2.

Immediately after the adjustment we can observe an improvement in mr. R’s position. It was easily spotted by the line of his shoulders that is now positioned straight. He also immediately indicates that he feels more supported. A longer testing period should point out of the cushion also delivers the desired results for the long term. 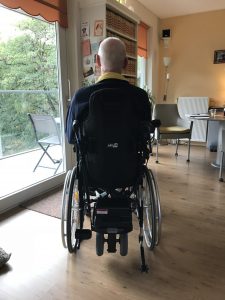 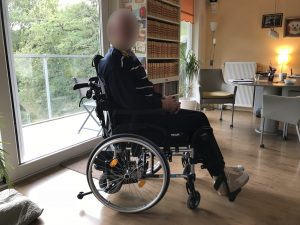 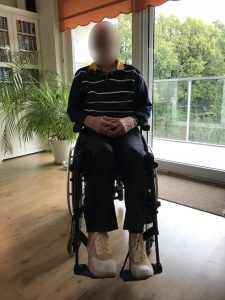 After about a month of testing mr. R is still positioned nicely straight in his wheelchair on the adjusted cushion. He however indicates that he has a new fitting shoe for his AFO and received new leg supports for his wheelchair. His seating set up has therefore changed a bit but he has easily adjusted the cushion with adding and removing a number of single cells in compartments. This does however indicate that a different AFO has influence on his positioning and therefore new shoes in the future might further affect his position in the wheelchair.
The combination of his new shoes and feet supports created a higher positioning of the thighs and it was therefore decided to create a foam wedge under the front of the cushion to make up for the distance that has been created and re-establish the support on the legs fully. This would be a temporary solution as the arrival of his new AFO might change the situation again.

In addition mr. R tells us that he no longer experiences the sensation of sliding forward. A very positive change is that he now also prefers to stay in his wheelchair for daily activities. In restaurants for example he used to transfer to another chair but now prefers to stay in his wheelchair. It shows a high level of comfort that he now can remain in his chair all day. Last he indicates using his new Vector O2 on holiday this summer during very warm weather and confirms that the cushion’s breathability really supported temperature control – his old cushion was a lot warmer.