Pain relief through pressure redistribution on a Vicair Adjuster O2 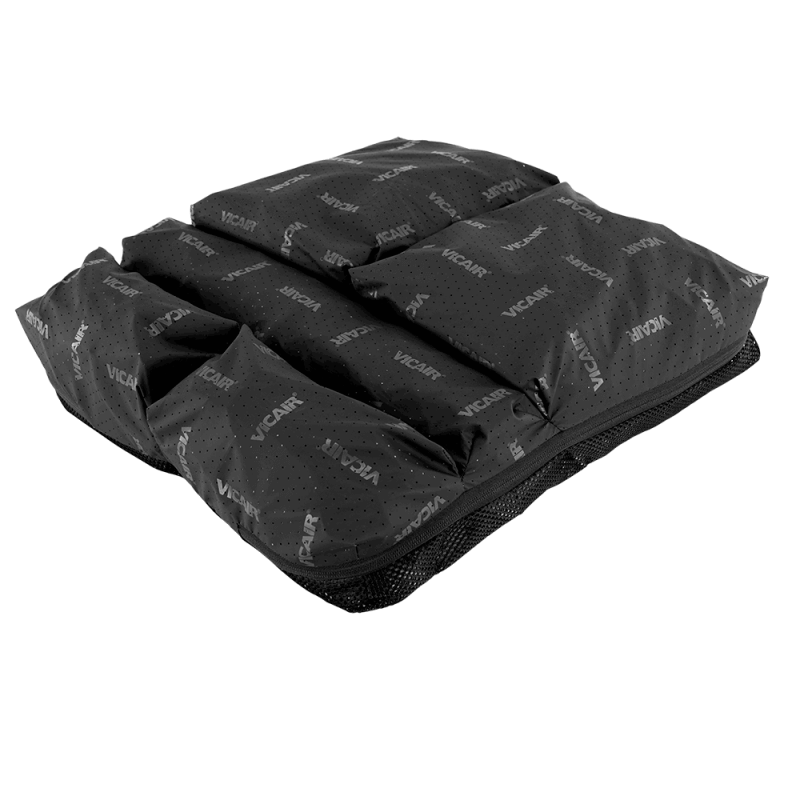 In this case report we will discuss the situation of a 53-year old male: Mr. R. He was diagnosed with small fibre neuropathy in 2014 which displays itself in nerve pain from the fingertips to the big toes. It also affects the autonomic nervous system, which causes gut, bladder, stomach problems and reduces muscle tone.

Mr. R. suffers from chronic pain and fatigue in addition to spasms that show in his fingers and legs, especially when he’s sitting on a couch or laying in bed (resting position). He also catheterizes, but is still able to urinate normally.

A medication cocktail is used to help ease Mr. R’s situation, it consists of anti-depressants, anti-epileptica that need to assist in falling asleep in addition to pain killers. Mr. R. makes use of a manual wheelchair and tries to walk as much as possible. He has no history of skin breakdown. Lastly, Mr. R. has an ankle flexion limitation.

In his current seating solution Mr. R. suffers from pain in his buttocks, due to atrophy. He experiences the pain mostly under his sitting bones (IT’s). He experiences neuropathy pain when areas are pressured. A very basic example of this is when drying his legs with a towel after a shower, 30 minutes after the activity he still suffers from pain. 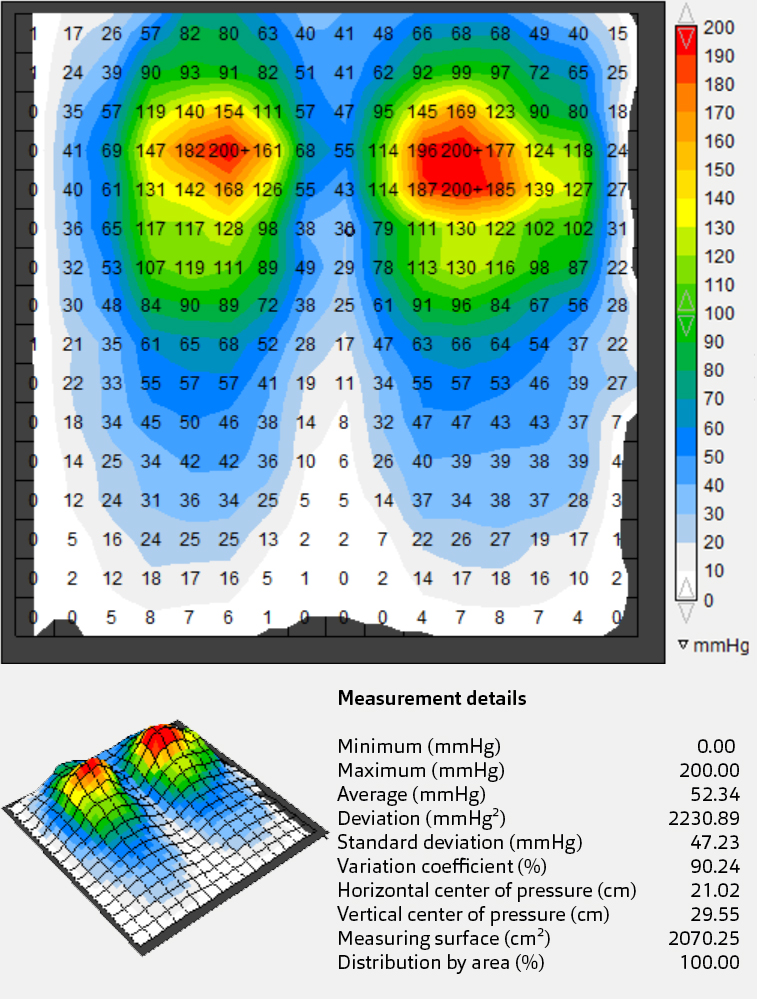 Mr. R. makes use of a Quickie Helium wheelchair that was fitted with a Jay basic cushion. His back is a tension adjustable system . He experienced pain from the seat cushion and felt like a lot of pressure was being caused by the cushion. In order to assess the current situation a pressure measurement was done via pressure mapping.

The pressure map confirmed the sensation described by Mr. R. as a lot of pressure is shown in the IT area. 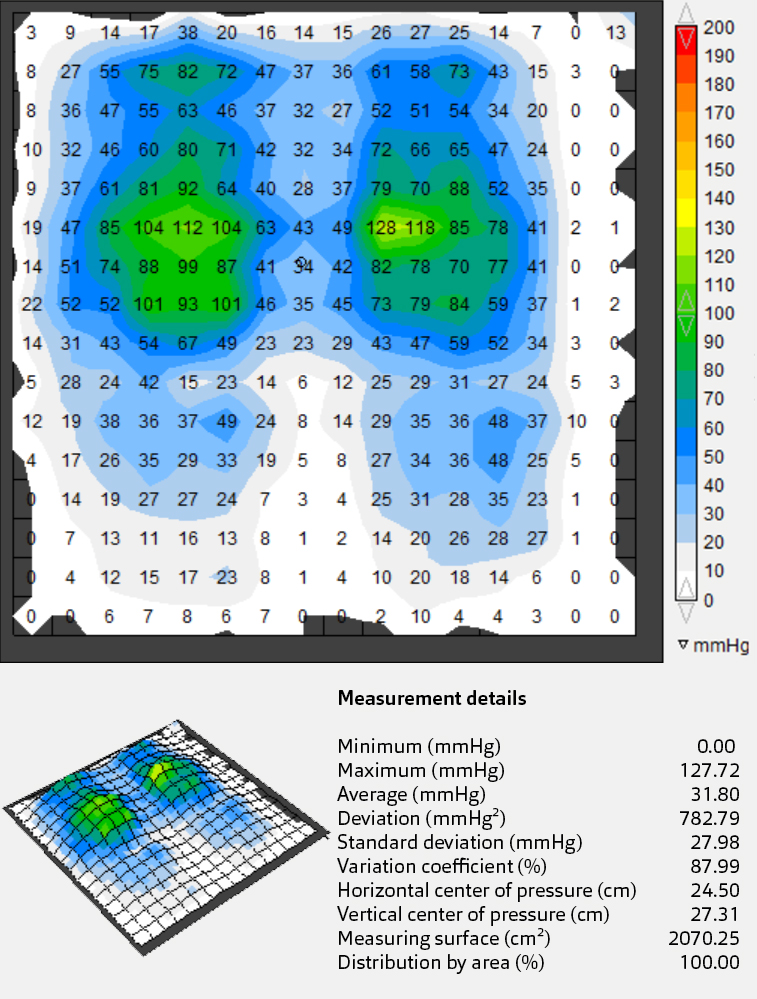 In order to redistribute pressure the Vicair Adjuster O2 (6cm) was introduced. This model’s known quality for equal pressure distribution was thought to solve the pressure spikes shown in the pressure map. Another pressure measurement was conducted when the wheelchair cushion was implemented into the seating system.

The measurement shows a significant decrease in spiked pressure points and an overall redistribution of pressure, that would hopefully in time result in less pain.

After three weeks of testing his new Vicair Adjuster O2 (6cm) cushion in his manual wheelchair, Mr. R. experienced a significant improvement. He no longer had the sensation of sensitively painful sitting bones. Overall the pain that he experiences has been reduced, hence the Adjuster O2 was a welcome change.

Carlos Kramer, Head of Education at Vicair, The Netherlands 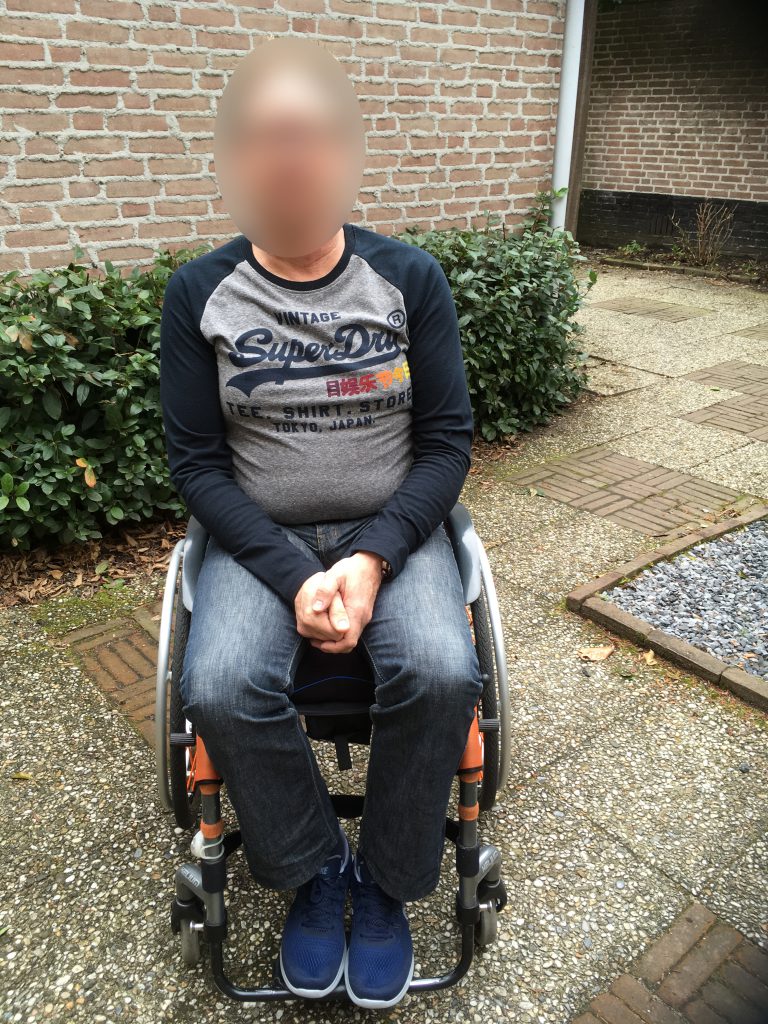 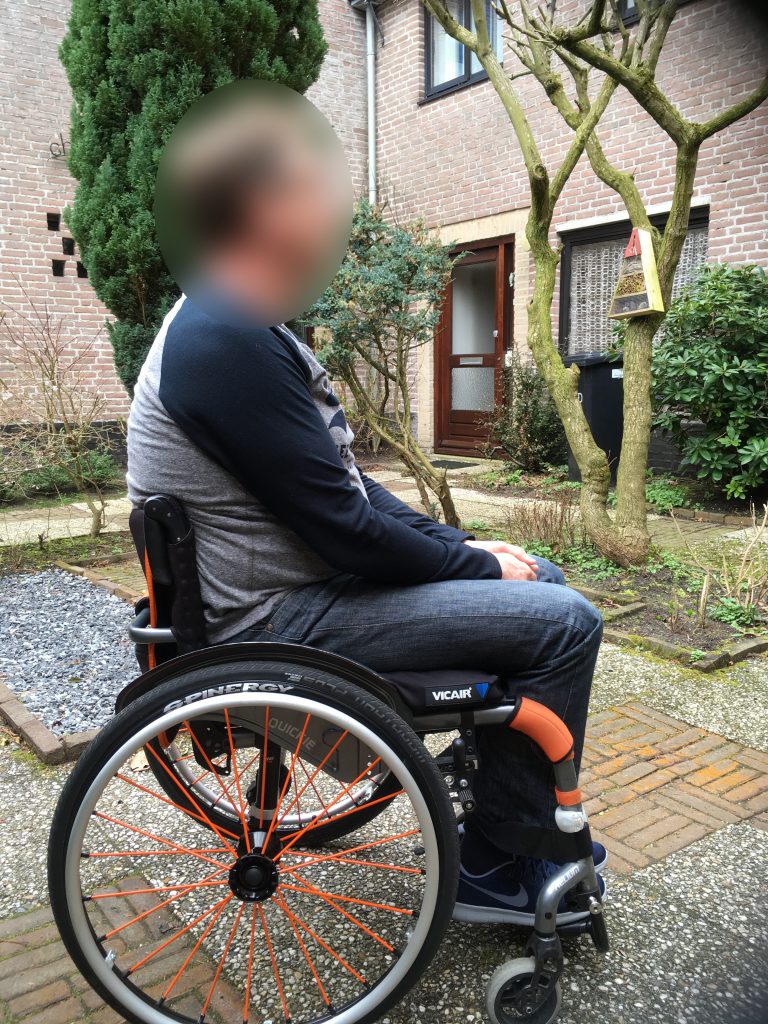 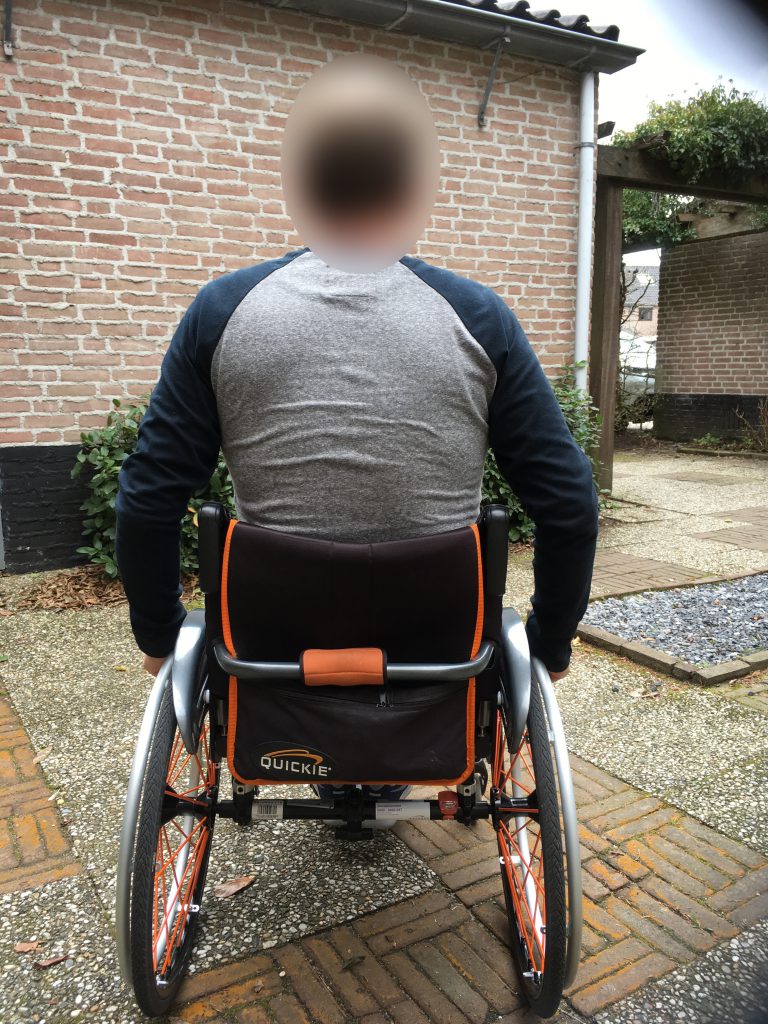