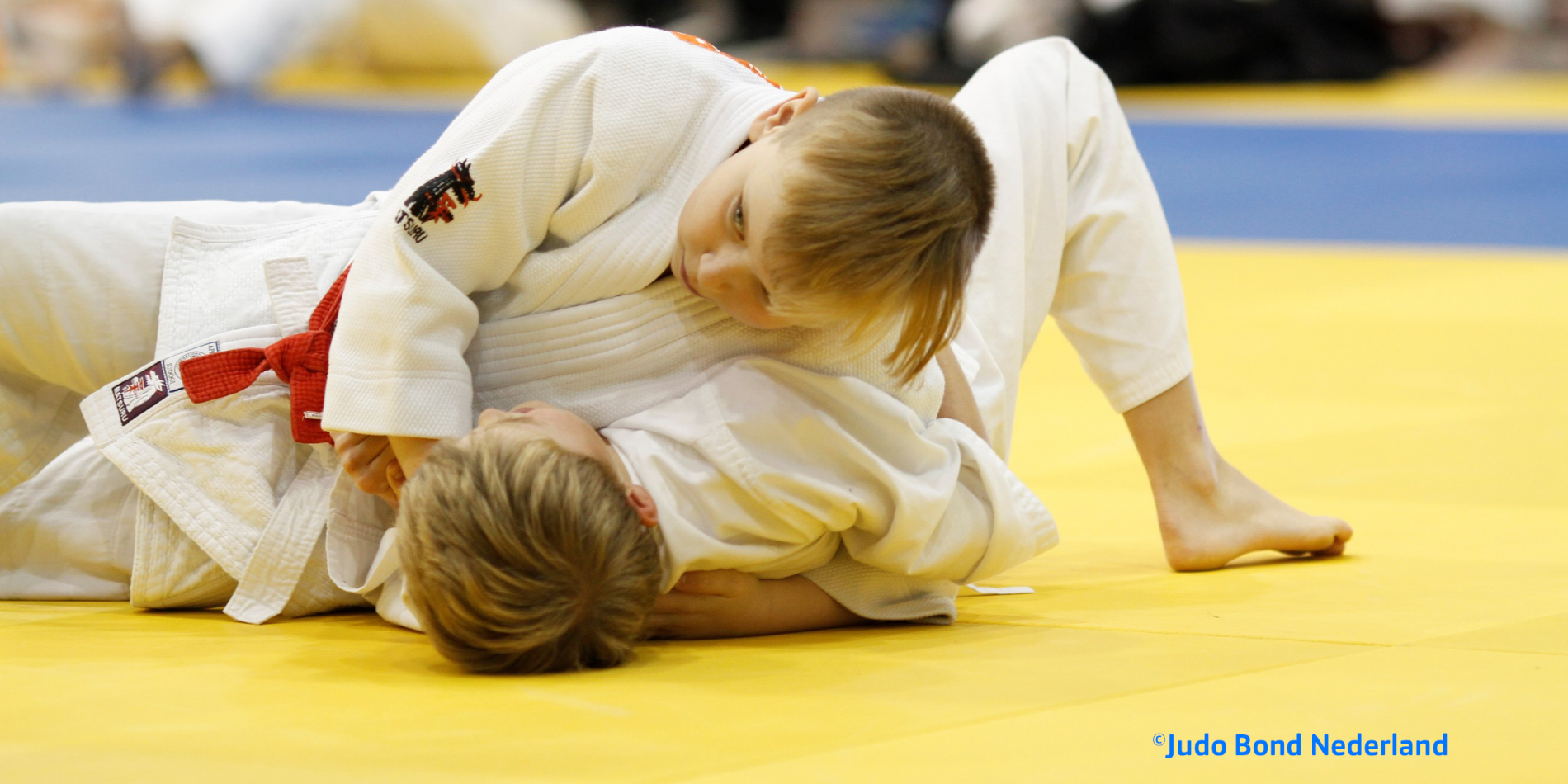 Tournaments in the Netherlands and Belgium

An A-judo tournament in the Randstad (Netherlands)

Bob was born with Spina Bifida. Just after Bob was born, it was uncertain if Bob would be able to walk. A few years later, it became clear that he could walk short distances with splints. When Bob was 5 years old he started following the Fitkids program (sports at the physiotherapist together with other children with health problems). He also got introduced to martial arts through his brother and wanted to try it.

Bob doesn’t give up easily. When something doesn’t work, he always looks for another way. Bob’s mother was afraid that she would have to break her promise. She always told Bob that there is no such thing as ‘no’, but that things may simply take longer or just need to be done in a different way. Eventually, they found a sports centre where it was possible for Bob to judo.

An exciting day with a beautiful result for Bob

After discovering Sportcentrum Rust, Bob started with A-judo on his knees, where the A stands for ‘adapted’. Bob wants to grow more and more within judo and his mother is convinced that the more Bob exercises and trains, the longer he can stay out of the wheelchair. Gradually he will need his wheelchair more often because he is growing and getting heavier, his legs will eventually not be able to carry his weight anymore. Luckily for Bob, this will have no effect on judo!

At the moment he visits several tournaments per year in the Netherlands and Belgium. Bob wants to discover his limits and see if he can push them. He wants to continue to grow in Judo and he wants to participate in more foreign tournaments. Switzerland and Scotland are now on the program.

The A-judo tournaments in the Netherlands take place in Groningen, Venray, Hoogeveen but also on Texel. In the Randstad (the metropolitan area of Amsterdam, Utrecht and Rotterdam) there are no A-judo tournaments at all. Bob’s mother, Monica, and Sportcentrum Rust in cooperation with the district Zuid-Holland of the judo association, organized a A-judo tournament on October 12, 2019 in Dordrecht. We were one of the sponsors of the A-judo tournament!

An exciting day with a beautiful result

The day before the tournament it was uncertain if Bob could participate because of problems with his drain he had to go to first aid. With lots of willpower and painkillers Bob was able to take part in the tournament on October 12, 2019. He performed very well at the tournament! Bob won the 1st prize in the category 45-50kg. There was a special guest invited for the award ceremony. Read more here.

Being able to sit without pain is the most important thing

We met Bob at the Supportbeurs. Sitting in his wheelchair caused a lot of as he calls it, “butt-pain”. This lead to him changing his sitting posture and caused him  to slump down. Being able to sit painlessly is the most important thing for Bob. After trying out one of our cushions at the Supportbeurs, Bob now has his own Vicair Vector O2 (6 cm). The difference between his old wheelchair cushion and his new Vector O2 is that Bob can sit without pain. He automatically sits correctly on the Vector O2, even for a longer time. Since the switch to the Vicair Vector O2, he no longer suffers from “butt-pain”. He still has no regrets about changing to the Vicair Vector O2 cushion. Read more about Bob’s story here!