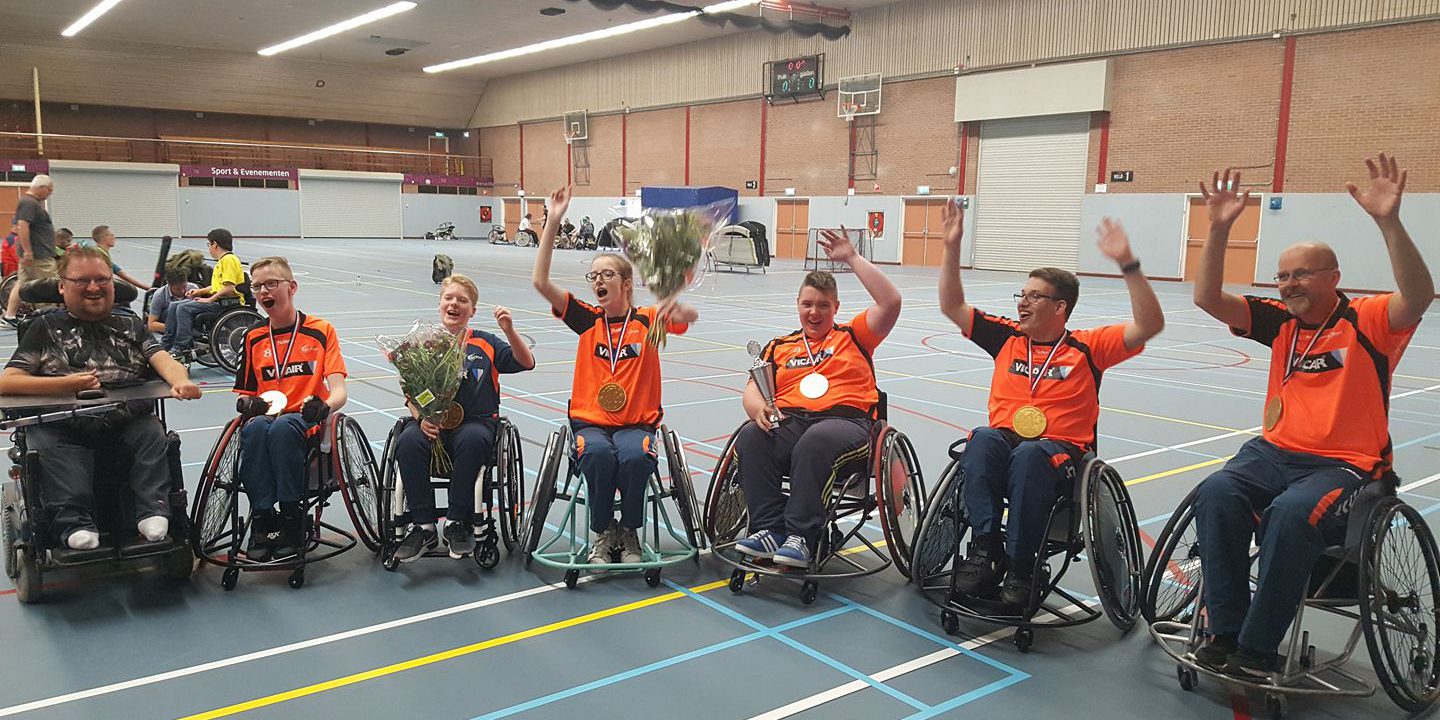 Since season 2016-2017 Vicair is shirt sponsor of the wheelchair hockey teams of De Pont Sports Club in Rotterdam. De Pont has 4 teams playing in electric and manual wheelchair hockey competitions in the Netherlands. One of their players is Nienke Conijn, who we met in 2015 when she was looking for a cushion that could solve the problems she had when she sat in her wheelchair (read her story here). Since that time Nienke has been part of the Vicair cushion test team, that provides us with feedback on our products and product developments. In 2016 De Pont was looking for sponsors for their wheelchair hockey teams. Nienke of course thought of contacting Vicair. As they say: the rest is history. In September 2016 we officially presented the Vicair shirts to the teams and joined them in a special tournament to celebrate the start of the season. It was a great day! But we should probably stick to making wheelchair cushions…. The teams that we sponsor have been doing a great job in their competitions though. Team H2 even became champion! We are proud of our wheelchair hockey friends in Rotterdam and look forward to cheering them on in the next season(s)