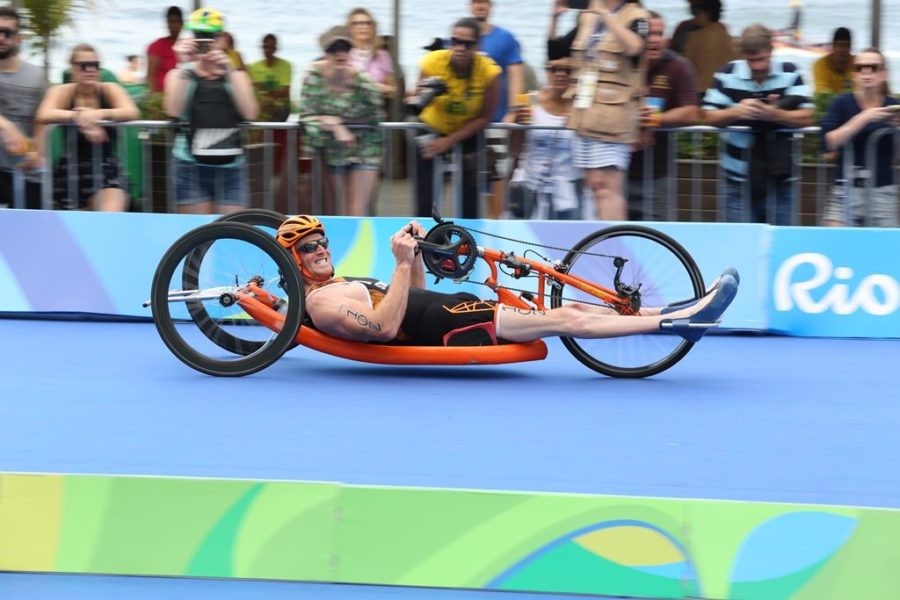 Due to an airplane accident in 2004, Geert Schipper suffered an incomplete spinal cord injury. This however didn’t stop him from being very active in multiple adaptive sports. In 2012 Geert Schipper got introduced to triathlon via handbiking. The triathlon distances are 750 meters of swimming, 20 kilometers of handbiking and 5 kilometers wheeling in a race wheelchair. This hobby has now become his work. In August 2014, Geert became a part of the Pro Triathlon athletes team of the Dutch Triathlon Association.

Geert has already won several big prices as a Pro ParaTriathlete. He became 2nd at the Paralympic Games of 2016 and 2nd at the World Championships of 2017, 2018 and 2019.

“Nothing is impossible. Where there’s a will, there is a way. Being stubborn is also a way of being wise, as long as you make sure that you’re right.”

These are just a couple of quotes that Geert fully supports and which show that he likes a challenge. Swimming across the IJsselmeer (in English called Lake Ijssel) had been on the bucket list of Geert for years. On the 12th of July 2019 at 08:00am, the moment had finally arrived. 21km further and 5 hours and 38 minutes later the city on the other side of the lake, Stavoren, had been reached.

Understand what good sitting is about

Sitting still isn’t quite Geert’s thing. It often didn’t occur to him that he wouldn’t be able to do sports anymore if he were to get problems with his bottocks. He was not so concerned about the wheelchair cushions he was sitting on, as long as they weren’t wooden planks. Although he is not very sensitive for pressure ulcers, he often had pain in his bottocks when he was sitting on the ground while working on his sports equipment. When Geert visited our office, he told us that he regularly suffered from sweaty buttocks while sitting on his gel cushion. And after a few hours of sitting in his wheelchair, he wanted to get out of his wheelchair to sit somewhere else.

During his visit, his gel cushion was replaced for the Vicair Active O2. Geert has been sitting on the Vicair Active O2 for a couple of months now. He told us that he now understands what good seating is about! With the Vicair Active O2 the sweaty buttocks is a thing of the past. He is also happy that the cushion is light weight. He especially notices this when he is lifting his wheelchair in and out of his car.

After the 2020 Paralympic Games in Tokyo, we are now back on te road to Paris 2024 together

Vicair has been one of Geert Schipper’s business partners for a number of years. After supporting Geert in his preparations for the Tokyo 2020 Paralympic Games, where he finished 4th in the triathlon, we are now supporting him on his road to Paris 2024! You can follow Geert’s road to the Paralympics 2024 in Paris on his website! Of course we will also post regular updates of Geert’s adventures on our socials and website. 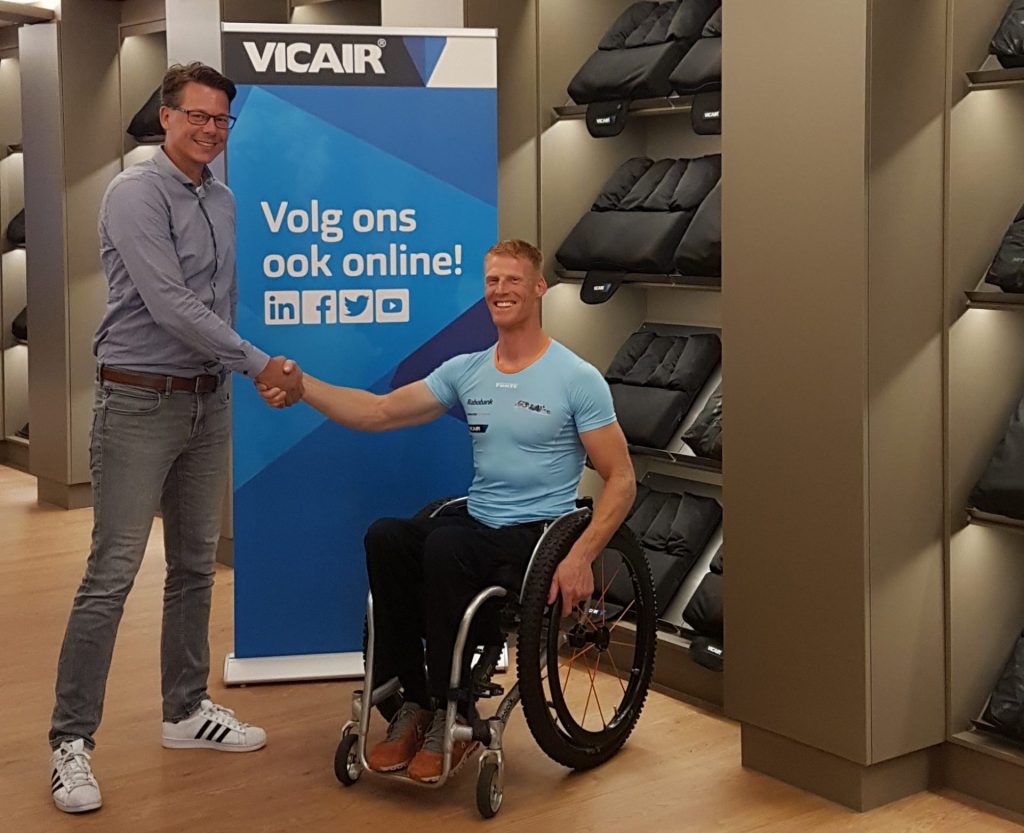