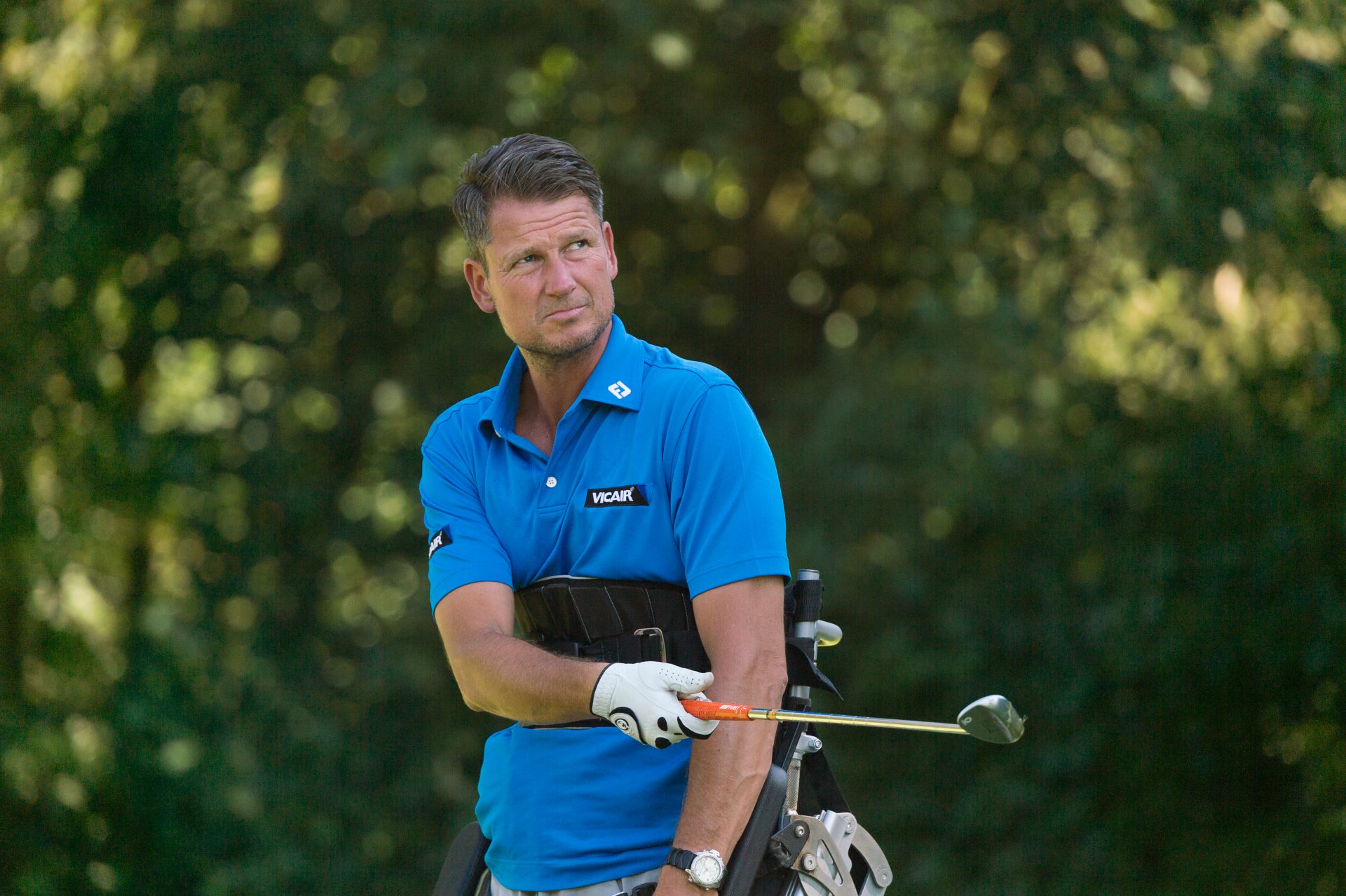 We met Jurgen some years ago when he was looking for a wheelchair cushion that suited his active lifestyle. Jurgen had always been a fanatic sportsman before a mountain bike accident caused his spinal cord injury. Being a fanatic sportsman however never changed. He is always looking for a challenge and ways to push himself both physically and mentally. In recent years the challenge he has focused on is becoming the best of the best in Paragolfing.

Becoming the best of the best in paragolf

Jurgen is the former European Champion (until 2018) and is currently Silver Medallist. His dream is to eventually participate in the Paralympics, but for that to be possible Paragolf must first become an Olympic sport. Early 2019 important steps were made towards this goal as new global ranking lists for golfers with disabilities were launched by R&A and USGA.

We were very proud to hear that our very own Vicair Hero Jurgen Boon was in the lead of the Stableford Ranking list as it was launched! We keep on following and supporting Jurgen on his journey to (hopefully) the Paralympics of Paragolf! 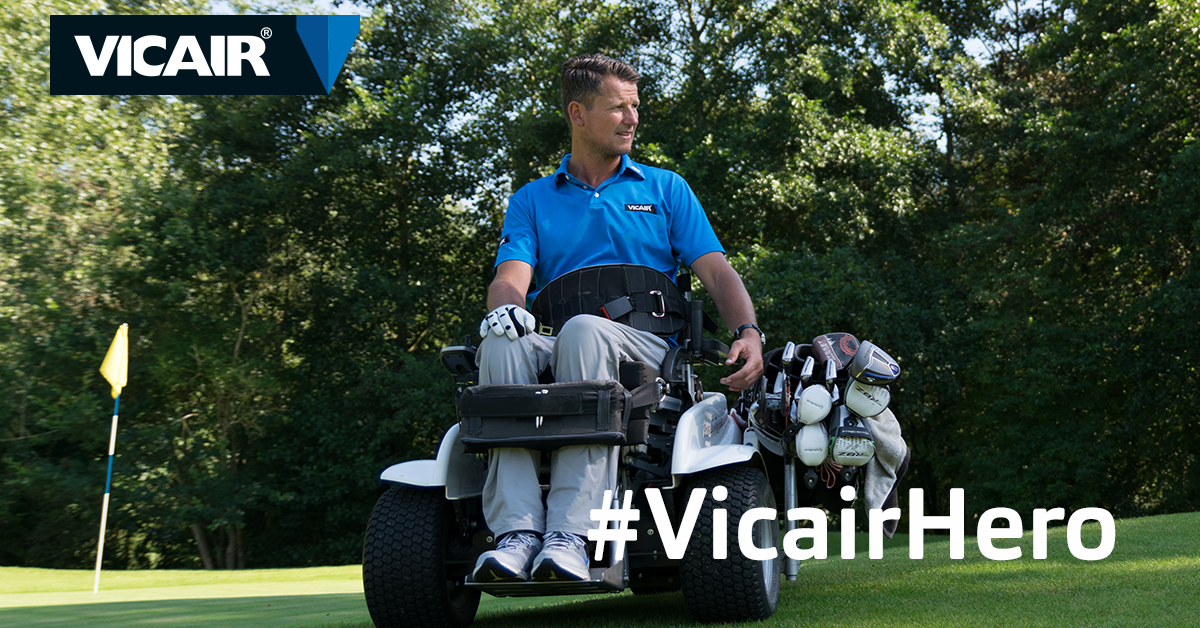 August 24-28 2019 – Phoenix Cup in Scotland
Jurgen was invited to join Team Holland in their battle against the Scots. Although Team Scotland was the overall winner, Jurgen managed to win all his individual matches.

November 14-16 2019 – EDGA Algarve Open Series – Vila Sol, Algarve, Portugal
With 59 points Jurgen was the winner of the wheelchair category. Four points ahead of fellow Dutchman Richard Klewen. Day one of the tournament didn’t quite go as hoped. The second day made all the difference. With some great shots Jurgen managed to take the lead and the trophy. A great way to end the 2019 golf season.

Finding a cushion for an active user

When Jurgen met Vicair, he told us that he needed a cushion that supported and protected him in his active lifestyle. This meant that the front of the cushion needed to be stable enough for Jurgen to transfer in and out of his wheelchair. It was also essential that the cushion protected his skin integrity.

The Vicair Active O2 provided Jurgen with everything he needed. The foam front facilitates transfers and the rear compartments provide skin protection as well as stability. Due to his active lifestyle, Jurgen often transfers in and out of his car. The fact that the Active O2 is lightweight makes these transfers also easier. To this day Jurgen is very happy with his Vicair Active O2 wheelchair cushion.