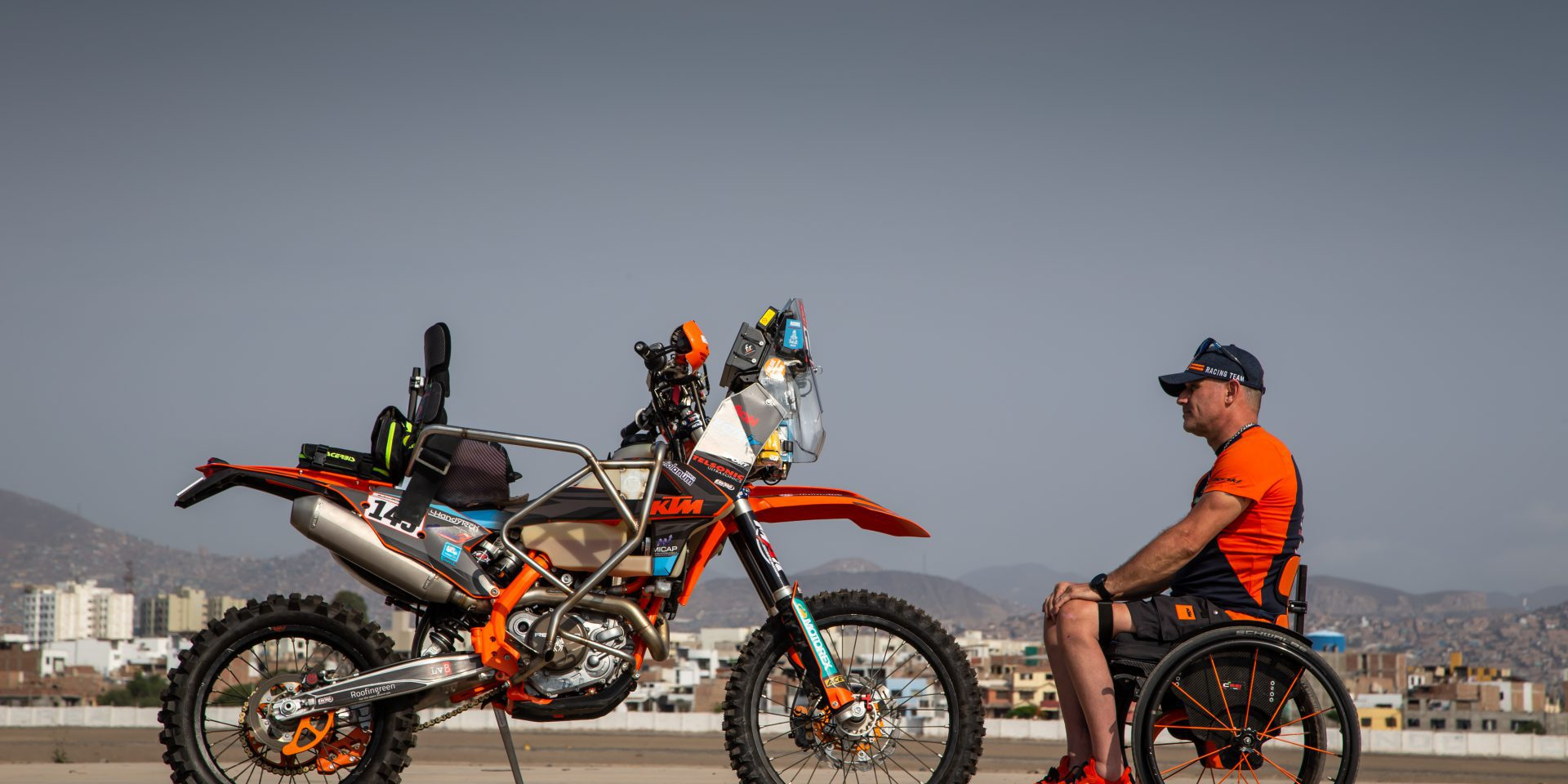 Nicola Dutto has had two impressive careers: First as professional off-road motorbike rider and now as Paraplegic Pro Rider. In the past Nicola had won several prices in off-road motorbike races. He became European Champion Baja 2008 and 2009. Unfortunately he broke his spinal cord in an accident during the Italian Baja in 2010 and ended up in a wheelchair.

His passion for motorcycling remained and in 2012 Nicola took on the challenge to start motorcycling again. He raced the 500 km long Baja Aragon and became the first paraplegic professional motorbike rider! 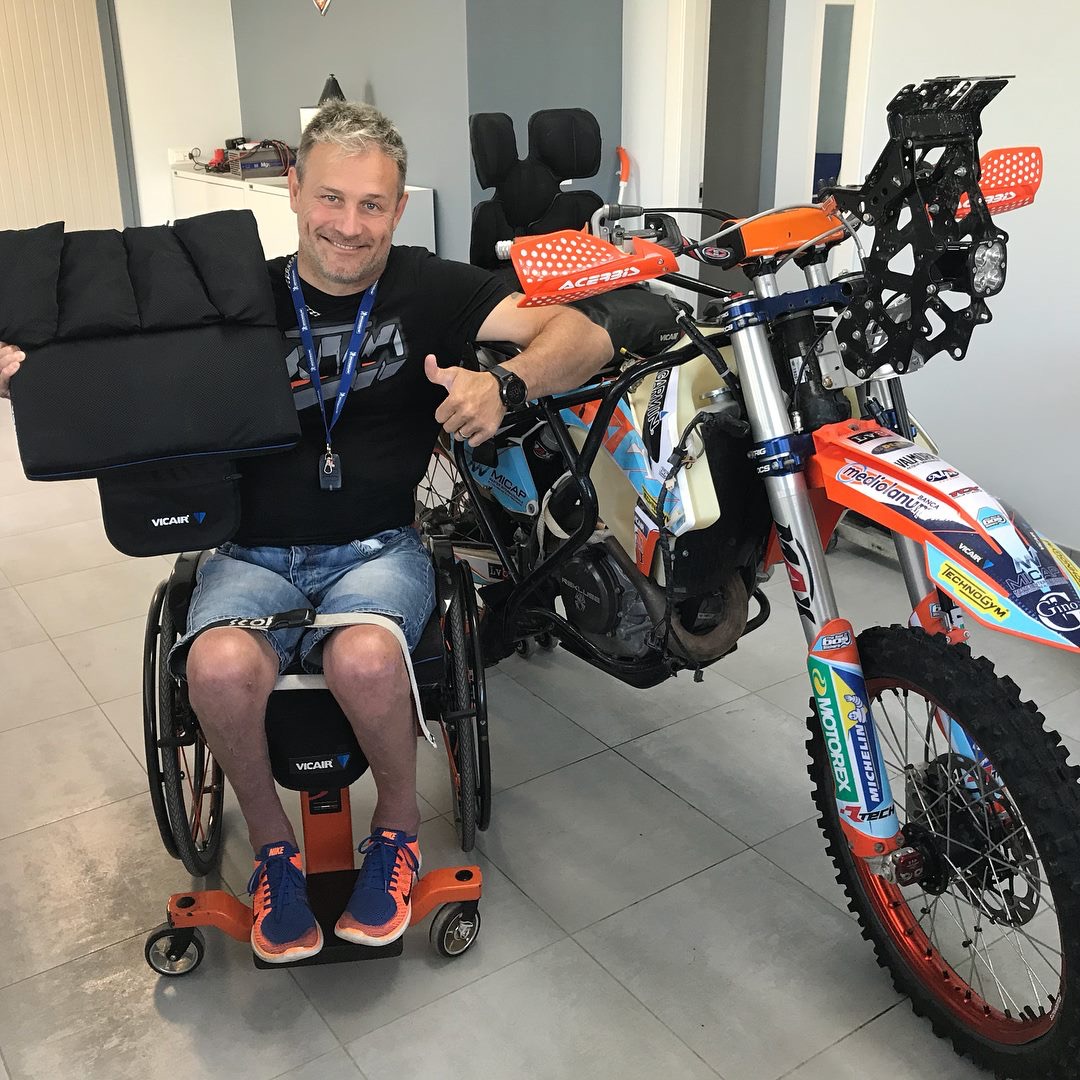 Needless to say, Nicola has had to make some changes in the way he competes / has had to be very persistent and creative to be able to compete. He needed to be secured, supported and protected while speeding across the challenging rock-filled desert terrain. This required an adjusted motorbike, but also a motor saddle cushion to further protect and support him and that could provide some much needed comfort during these intense long distance races.

A fully able-bodied person will mostly stand when riding a motorbike, because the shocks of riding through rough terrain can then be absorbed by the legs. As Nicola sits the whole race the shocks cause a higher risk of developing skin issues under his buttocks. He therefore needed a cushion that offered optimal skin protection that would also work in the intense environment he was racing through.

Nicola’s search was concluded when he met Max Rogmans (CEO Vicair BV) at the REHACARE in September 2013. Max offered to design a special Vicair cushion for Nicola that he could use as a motor saddle. Together with the Vicair R&D team a custom made cushion was developed that served the required specifications and dimensions. 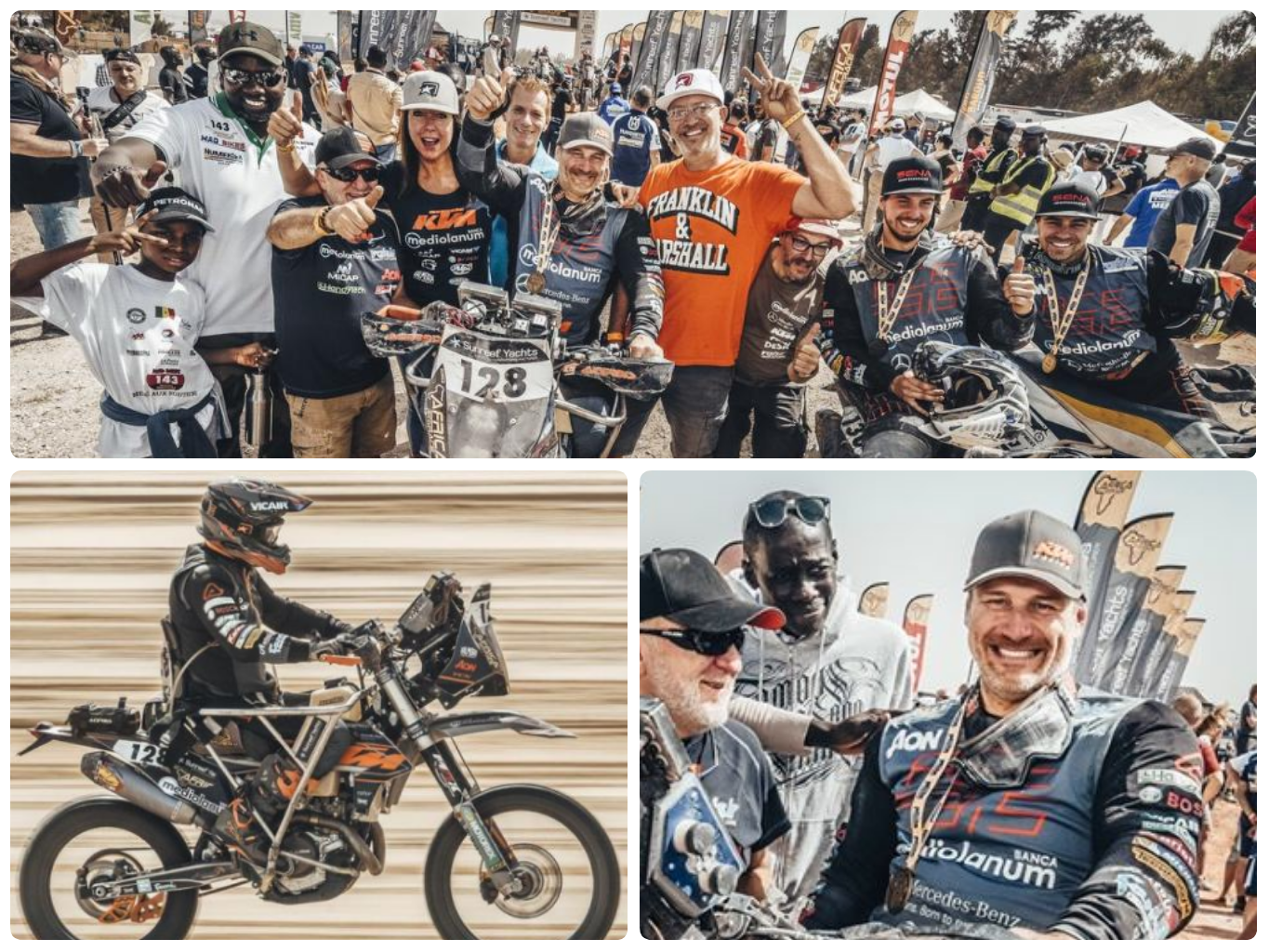 As Vicair continued to innovate their products, Nicola’s saddle was updated in 2018 to a Vicair O2 version. This meant that Nicola’s saddle was developed again but this time with open structured fabric. This allowed for more breathability and thanks to the new material both moisture and dust could now easily pass through the saddle. Added benefit: the saddle became washable, so no matter how dirty the rallies it would get it – the saddle cushion is easily cleaned.

Would you like to know more about Nicola’s Dakar 2019 adventure? Go to our Dakar 2019 page and read more.